In accordance with the New Zealand Public Health and Disability Act 2000, the Board has 11 members, seven of whom were elected in October 2019 and four of whom appointed by the Minister of Health. The Board also has three committees which provide a more detailed level of focus on particular issues.

Board and committee members may be contacted through the Director Governance and Compliance, Kathryn Leydon on telephone number +64 9 470 0000 extn 60640 or email kathryn.leydon@northlanddhb.org.nz 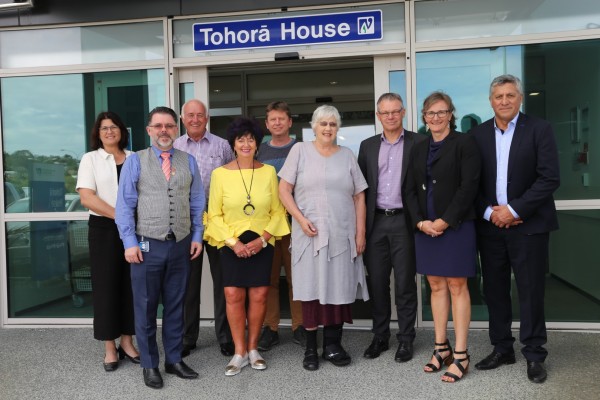 Our board members (* indicates those appointed by the Minister of Health). 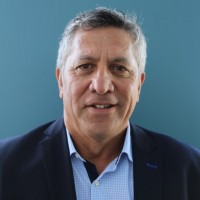 Mr Burkhardt is Managing Director of Replas Ltd which is a Plastics Manufacturing and Recycling business with manufacturing plants in Australia and New Zealand. He is currently Chair of the Ngāti Kuri Trust Board and has served on a range of governance entities responsible for health, education, tourism, social and commercial investment, regional and national economic development. Mr Burkhardt was Deputy Chair at Auckland DHB in 2007. In this role, he successfully chaired an audit, removing $100m from the budget over two years.

She has worked primarily with organisations advancing Māori and Iwi, and with various public sector and private organisations, focusing on policy, economic and commercial development.

A chartered member of the Institute of Directors (CMInstD), Nicole is a member of various public and private sector governance bodies, including Director of Northland Inc, Fluid Chemicals Ltd, PHARMAC and Manea Footprints of Kupe Ltd.  Current Trustee of Te Runanga A Iwi O Ngapuhi, Matai Aranui Marae and a member of the NZ Conservation Authority.

A past member of the AUT University Council and Chair of the Council’s Maori Education Working Group and past Chair of the Auckland Human Health & Disability Ethics Committee, Northland Conservation Board and Pou Herenga Tai Cycle Trail Trust. 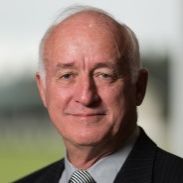 John Bain has served five terms as a Board Member of Northland DHB. Most well-known for his 25-year chairmanship of Northland's Rescue Helicopter Trust, which purchased the fleet on behalf of our community and the first trust to own and operate the service for a region in New Zealand. The Ambulance service is a long term commitment and John sits on the national board for The Order of St John.

John has lived in Whangarei for 47 years, he is a businessman who has many interests in sport. He plays golf and enjoys fishing when time allows. John has been on several boards to encourage sporting activities and served on the Sport Northland Board for several years in two separate terms. He is also serving his fifth term as an elected councillor with the Northland Regional Council. Vince Cocurullo is the Director and Owner of Cocurullo’s Ltd, an IT business which has been successfully serving the People of Northland for over 20 years, and he is currently an Okara Ward Councillor for the Whangārei District Council in his third term.  He also holds an NZCE in Civil Engineering, and has trained many to work safely in and around the roads.  Vince is entrenched in the Northland community, with volunteering his time with various service clubs, business and community organisations, all with the view of getting Northland communicating better, so it, in turn, enabling sustainable growth.

On the board he will championing the need for a bigger base hospital with research labs, encouraging the importance of looking after our elderly and disabled, and making sure that good communication is happening between the Hospital, local GPs, Pharmacists and the end-user. Kyle is a general practitioner working for Ki A Ora Ngātiwai, a Northland Māori health provider. He is also a senior lecturer in the Department of General Practice and Primary Health Care at the University of Auckland. His research interests are in quality of primary care, the public health/primary health care interface and Māori health. Kyle has extensive governance and health leadership experience and currently sits on a number of local, national and international charitable trusts and health committees. Libby has worked in health and social services in Northland, in a variety of clinical, leadership and funding roles for the last 30 years, including as professional leader of social work services for Northland Health. She is currently the Manager of Jigsaw North Family Services, assisting children and families in Whangārei. She lives on a beef farm near Paparoa where she and her husband have raised two daughters.  They are very involved in their local community, promoting wellbeing through strong community connections and sport and recreation opportunities. She is a Northland ambassador for suicide prevention training organisation A-OK.

Improving our negative Northland health statistics is one of the reasons she stood again for Northland DHB, as well a desire for an increased focus on prevention and improving access to quality services especially for rural communities.

Living rurally and working in health and social services has given her a good understanding of Northland's unique issues that impact on health. Libby has been involved in governance for 18 years and currently also serves on the boards of Rural Support Trust Northland, Volunteering Northland, Sport Northland and Paparoa Medical Society. She has extensive school board of trustees involvement and recent local government experience. www.libbyjones.co.nz Dr Mataroria Lyndon is a Senior Lecturer in Medical Education at the University of Auckland and co-founder and Clinical Director of Tend Health. He was previously Equity Lead at Mahitahi Hauora and a medical lead for Māori health at Counties Manukau DHB.

Dr Lyndon is Deputy Chair of Te Hiringa Hauora Health Promotion Agency and a Board member of the Māori Health Authority, Aktive, and Pūtahi Manawa Aotearoa Centre of Research Excellence.

He completed his Master of Public Health at Harvard University as a Fulbright Scholar, and his PhD is focused on medical education. He was also awarded the Deloitte IPANZ Public Sector Young Professional of the Year 2016. Sally Macauley has lived in the Far North District for over 40 years.  She has been married to Peter for 47 years, has two children and four grandchildren.

Sally has been actively involved for many years in Northland and Far North District Municipal Associations, including local government.  She is a councillor and past deputy mayor of the Far North District Council (FNDC) as well as FNDC chairman of Community Services and Development where she is actively involved with economic development in the Far North district. Sally plays a significant role in the Northland Arts and is the chairman of the Bay of Islands Arts Festival Trust and a trustee of the Kerikeri International Piano Competition Trust.

She is a Judicial and Ministerial Justice of the Peace and is a marriage celebrant. This being her sixth term as a member of the Northland DHB, Sally is the chair and chairs the Northland DHB Community & Public Health and Disabilities Advisory Committee.  In 2009 Sally received a Queen’s Service Medal (QSM) for Services to the Community. Through her work, Carol recognises the many health requirements of Northlanders, especially when they are ageing, have poor housing and cannot afford good food.   In 2019 Carol was instrumental in establishing Open Arms - Te Ruruhau Onga Ringa Ringa Tuwhera, Whangarei's day care centre for the homeless.
Carol established Northland Food Rescue in 2017 which provided 9000 meals in its first six months. She was involved in the establishment of Taitokerau Emergency Housing Charitable Trust and was an adviser from 2003 to 2006.

Carol managed Taitokerau Community Law between 1993 and 2018 and she helped establish the Otangarei Youth Project in 2013.  Carol was also the treasurer of Northland Urban Rural Mission from 1993 to 2018 and helped establish Channel North TV and has been in various roles including a trustee and chair since 2006. Ngaire began her health career with the Family Planning Association as a sexuality educator and was on the management committee of the innovative Peer Sexuality Support programme.

After seven years at FPA she moved to the Northland DHB to work with Health Promoting Schools. She is the Wellbeing Health Promotion Manager for Mahitahi Hauora (previously Manaia Health PHO (since 2004) and Te Tai Tokerau PHO (since 2014).  In 2007 Ngaire completed her Masters in Public Health with a focus on health promotion and community development.

Ngaire is the current chair of Healthy Homes Tai Tokerau, an active member of Whangārei Child Poverty Action Group, and since 2007 has been involved with the Collective of Tryphina House Women’s Refuge, as a committee member and crisis line volunteer. Ngaire is a member and the secretary of STIR (Stop Institutional Racism).  In 2018 Ngaire was appointed as a trustee of Foundation North, the largest philanthropic funder in New Zealand.

Ngaire has lived all her life in Northland, raised in the beautiful seaside village of Waipu Cove. Her Scottish and English ancestors arrived in Aotearoa / New Zealand from the early 1840s through to early 1900s. She is married to Richard Pehi and together they have two adult children and three mokopuna.

She was the founding chairperson of Parihaka Waka Ama Club, and sits on the board of Waka Ama New Zealand. Ngaire has represented New Zealand, in her age group, in the sport of Waka Ama at several international competitions.