Whangārei man has love for The House of Heart

Grant Kewene is living proof of the benefits of Whangārei Hospital’s Cardiac Catheter Laboratory in providing Northland residents with the coronary care they need sooner and closer than ever before.

He never imagined he had a life-threatening condition when he phoned his GP to query heart attack symptoms.

This was late last year after a couple of nights of restless sleep due to discomfort lying down, as well as an episode of shortness of breath one afternoon that week.

Grant’s GP referred him to Whangārei Hospital where he was admitted and treated for fluid congestion.  He subsequently went on to have an angiogram and a cardiac MRI in the Catheter Laboratory (cath lab) named Te Whare Manawa (House of Heart), which marked its first anniversary in late May 2022.

Grant was helicoptered down to Auckland Hospital for the surgery he needed – a quintuple bypass – open-heart surgery to bypass blocked arteries.

Dr Lee said there were grave concerns that Grant would not survive the procedure due to his severely impaired heart.

“However, the cardiac MRI performed here in Whangārei gave the Auckland cardiac surgical team the confidence that Grant had a good chance and would benefit from coronary artery bypass grafting.” 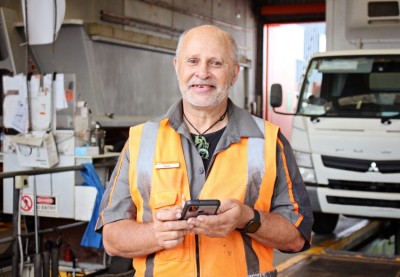 Grant said the hospital staff were amazed that he had been able to walk in off the street, considering his circumstances.

“Ironically, I had had no concerns about my heart.  For a couple of years, I’d been experiencing a lack of energy, but I do have Type 2 Diabetes and was slightly overweight, so I thought it may have been related to that.

“But one afternoon at work, it came on that I couldn’t breathe properly – for a while I could only take half a breath and thought ‘this isn’t right’. Then after a couple of nights not being able to sleep, I contacted my GP.”

What followed was Grant’s first experience having hospital care and treatment.

“Over a couple of days, they took around six kilograms of water out of me, from around my heart and lungs. That helped a lot as I had been having a real hard time sleeping because I couldn’t lie down comfortably.

“Ending up under hospital care all happened so quickly, but I always felt like I was in very safe hands.  And, to have a cath lab facility here in Northland is just wonderful and I’m so impressed by the outstanding calibre of people who staff it.  You can see the dedication and passion they have for what they do, which is amazing work. I can’t speak highly enough of them and the service.”

Clinical Nurse Manager Lea Callan says that Grant deserves credit himself for seeking medical help when he needed to.

“I think it is fair to say that Grant would have been at real risk of cardiac arrest had we not identified his disease when we did,” she said.

“However, having percutaneous coronary intervention or cardiac surgery is not solely curative. Significant effort is required by the patient to get their health back after such procedures. Grant has certainly put in this hard work, through his cardiac rehab programme and following a lifestyle that supports his ongoing health. This is such an integral part of the healing process. Now he’s enjoying a level of health far improved from where he was.”

Lea says it is important to also acknowledge the wider team that ensure a successful cardiology service in Northland. “For example, Cardiology Nurse Practitioner Natalie Presnall has been at the centre of Grant’s journey from the beginning and continues to see him as an outpatient.”

Grant is enjoying feeling well, being able to exercise regularly and be back at work.

“I have energy again. I can walk the Hatea Loop in under 50 minutes. I’m sleeping well. My heart rate has come down. Even my vision is better. It feels good.”

Grant encouraged other people, especially middle-aged men like himself, to take an active interest in their health.

“If you suspect something might not be 100% right, contact your GP and don’t be scared to ask questions. They’re there for you and can help.”

For more about heart health and wellbeing, visit www.heartfoundation.org.nz(external link)