Run by Te Runanga o Whaingaroa.  Has involved promotion in schools and at community events where high numbers of children and parents are present, as well as regular throat-swabbing at six schools in and around Kaeo.  There has been only one new case of acute RF since the throat-swabbing programme began in 2002.

Te Hauora o Kaikohe runs the throat swabbing project based in Kaikohe, covering eight schools. This also involves promotion in schools. The number of cases in the area has stabilised since the project began (with 0-2 cases per year).

The ‘MOKO’ initiative (short for Manawa Ora, Korokoro Ora – a healthy heart, a healthy throat) is led by Te Runanga O Te Rarawa and covers 14 schools in the Kaitaia area. Promotion activities are also carried out. MOKO also provides management of skin infections and other basic health problems in schools.

Ngati Hine Health Trust has been involved for a number of years in coordinating rheumatic fever prevention and in a supportive role to health providers, initiating and facilitating workshops and training programmes, media campaigns and community awareness campaigns in Northland.  The Trust also has used Northland’s experience to support development of school-based programmes in Bay of Plenty, Waikato and other regions. Ngati Hine Health Trust has provided a school throat swabbing project to 7 schools in the Kawakawa/Moerewa areas since late 2012.

Hokianga Health provides school based throat swabbing in 13 schools in its area. This project started in late 2012.

Other Areas in New Zealand

High rates of rheumatic fever are seen only in the North Island. Throat swabbing projects, mainly in schools, have been set up in areas such as Bay of Plenty/Lakes, Flaxmere (Hastings), Waikato, Counties Manukau and Porirua.

“Drop-in” sore throat clinics are also being funded by the Ministry of Health in Auckland and funding has been announced in May 2014 for extension of this to Northland. 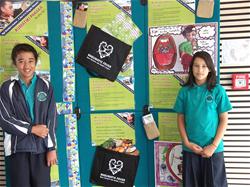 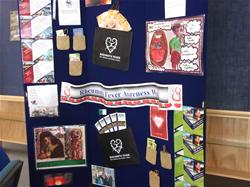