A Citizen of the World

When Dr José Ortega-Benito and his wife, who is also a doctor, first met, they decided to use their careers to get to know the world. They did, and during José's 40-year career, he has worked everywhere from London to the West Indies, the Orkney Islands in Scotland to Fiji.

Northland DHB was fortunate to have José working with us as medical officer of health (MOoH) for the past three years before he left to return home to Spain earlier this month. Reflecting on his colourful life, he said his most significant achievement had been his children who are as he says, ‘citizens of the world’, and his 42-year marriage.

"My wife and I have lived in several countries together – and that's an achievement. You lose things like a continuation of friends, economic stability and workplace seniority. But it was good while it lasted."

He said the first time he stepped foot in Aotearoa, was last century as a representative of the University of Fiji's medical faculty. That visit led to a job at the Institute of Environmental Science and Research (ESR) in Wellington in 2001 as a senior epidemiologist where he was part of the team that prepared a strategy to respond to Severe Acute Respiratory Syndrome (SARS).

He then returned to work in the UK and eventually decided to retire. That didn't last long after he was asked to set up a Masters of Public Health in Barbados, at the University of the West Indies. Once the programme was established, he took on short term academic roles in Trinidad, Orkney, and Wales.

When the MOoH role in Whangarei came to his attention, he and his wife decided to move back down under after missing New Zealand, and remembering it as a magical place.

During his time with Northland DHB, José dealt with several public health responses including the Measles and Meningococcal W outbreaks and most recently COVID-19.

Once the COVID-19 pandemic was declared, he said New Zealand had many advantages compared to the rest of the world. Specifically, our small and relatively isolated population and geographical separation from the rest of the world, which made it easy to isolate and close down the borders.

"One of the main attractions of working in New Zealand comes from the fact that you can see the consequences of public health actions taken in a relatively short time – which gives you a lot of work satisfaction. You also get to work with the decision-makers at the highest level. That's very important to me to be able to influence the hierarchy.

"It is important to show your view of the future and what needs to be taken care of."

He explained that in the UK, it takes a long time to affect public health because of their vast population. However, he believes that most of the approaches taken across the world have been justified and effective.

"We still don't know many things, and we're learning as we go along. For the moment we know it has more of an effect on older people than children – which is a relief. And we know what works – social distances, hand hygiene etc."

José predicts, in line with many of his public health colleagues, that the economic fallout from COVID-19 may bring about a second wave of problems like increased hypertension, alcohol abuse, domestic violence and mental health issues.

"It's feared there'll be an exodus back from the cities to Northland, due to the increase in unemployment. This, will, in turn, increase in inequities for those already in need."

However, he says the Japanese have a saying that every problem is a treasure, which is the basis of Kaizen, an approach to problem solving.

"I hope we will learn and pick up the good things and come back to normal."

José had conflicting feelings about leaving New Zealand. He was sad about leaving but was looking forward to seeing his family again and spending the summer relaxing and reflecting.

"You cannot go to a greener pasture than New Zealand. When we recruit, I tell candidates that this is the best place in the world to raise children. Nowhere else is as safe. Our children still remind me how happy they were during their years here. But at the same time, you can feel a little bit isolated from opportunities."

He has already been called to fill positions in the UK related to COVID-19 and is yet to decide if he will concede. After losing a couple of friends to COVID-19 in Spain, he said it reminds him that anything can happen tomorrow.

"The bottom line is when you reach a certain level or this time in life, you don't predict the future or plan to achieve something. In my inner self, I feel like I've already done that. The only thing now is to contribute." 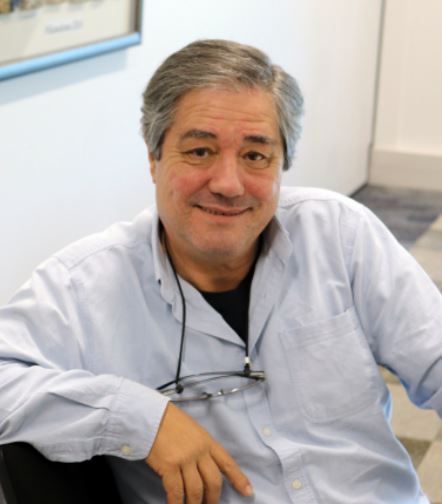