When Northland DHB Gynaecologist Dr Donna Hardie reflected on her 41-year career practising Medicine, she said her relationship with patients was the best part of the job and is still as precious as when she first started. 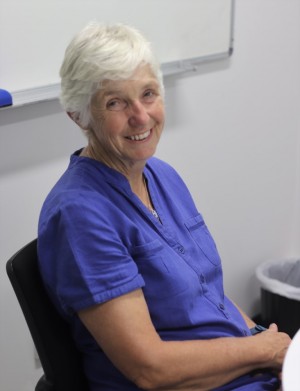 Donna grew up in a family of five children in the Bay of Plenty, first on a dairy farm in a remote valley and then closer to town on an orchard in the very early days of the kiwifruit industry. She attended Waikato University, where she studied for a BSc in comparative physiology. To continue her studies in physiology, she decided to apply to study Medicine at Auckland University. However, her future in medical sciences was derailed in the clinical years of Medicine when she was 'captured' by the patients, and the physiology of Medicine took second place to patient interactions and medical care.

Her decisions on House surgeon jobs were guided by a desire to get out of the city and enjoy as many sunshine hours as a 1 in 3 call roster would allow. Hence, she took up jobs in Gisborne, Blenheim, then Whangarei.

Donna spent a year and a half working at Whangarei Hospital and in Kaitaia and Kawakawa before returning to Auckland to specialise in Obstetrics and Gynaecology, O&G the care of women during pregnancy and childbirth and the management of conditions of the female reproductive system. She worked in all three O&G hospitals in Auckland, National Women's, Middlemore and St Helen's and also spent two years working in England in High Wycombe and Leicester.

She returned to New Zealand in 1990 and then came to Northland in 1992 to work as an O&G Specialist. For most of the years since then, she has worked as an O&G generalist, doing all parts of the job, including the on-call roster. In more recent years, she has worked only in colposcopy, managing women with abnormal cervical smears.

When asked what has changed in Medicine in 41 years, Donna said the practice of Medicine is constantly evolving, but the relationship with patients hasn't changed, and it is still the privilege it was back in 1979. She has witnessed a burgeoning of management layers in the health 'system' and admits to having little understanding of what their jobs entail, but she said thankfully, whatever those jobs are, they have not changed her day to day work. Perhaps, they have enabled that.

As with the rest of Medicine, the complexity of O&G has increased over the last 30 years partly because we understand more and have more treatment options available but also with increasing obesity comes increasing difficulty for doctors and patients alike.

"Much is said of health equity of late, but my observation is that health outcomes are affected by levels of poverty more than any other factor. Understandably, you don't go to the doctor if you haven't any of this week's money left or if you have a big debt at the surgery. You certainly don't go for a screening test, like a smear; you wait until you have symptoms."

"I believe that only when we improve the 'lot' for our poorest citizens in Northland will our health statistics improve."

Donna's focus in the last few years has been the prevention of cervical cancer. Northland's cervical screening rates are poor compared to other areas of the country, and she believes poverty is the primary reason for that.

She has been part of working groups advising the Ministry of Health on the cervical screening programme since the early 2000s. She is hopeful funding will be allocated in this year's budget to introduce Primary HPV screening to replace the current smear test we use now.

This new test will detect more precancerous changes and prevent more cancers and lends itself to self-sampling for patients, which means not needing a speculum examination. Recent studies in Northland suggest this will increase screening - especially in women who have never been screened and those who have been screened irregularly.

Besides women having cervical screening, Donna's key message to the community is to make sure their children, both boys and girls, are vaccinated against Human papillomavirus (HPV), which is the cause of cervical cancer.

During her career, Donna has not been tempted to leave Northland. She says from her point of view, Medicine is Medicine, wherever you work, and once you have your family around you and you're working with a good team, there is no incentive to leave. Northland is a good place to work and live. 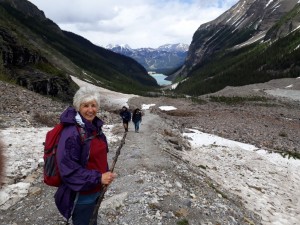 Working as part of a good team, all focused on the patient rather than the team, has been a very satisfying part of her career.

“Respect and kindness should be equal to competence in our work, and those attributes should be applied to patients and staff alike. We all have our part to play, from our frontline staff, receptionists, booking clerks and telephonists through to those who farewell a patient on discharge back to primary care. We are all just part of the same team, no one member any more or less important than another and, in an ideal world, all focused on the patient.”

The Gynaecology clinic team put on a surprise farewell for Donna in mid-March, and she was very humbled that so many people from throughout her career had given up their Sunday to come along.

She said it was a great catch up, and she would like to thank all who attended and all who sent so many kind messages.

Donna is retiring, but her husband Al Dunn isn't yet, and they have no plans to move from Northland at this time. There is still plenty of work to be done, just a different kind of work for Donna. Back to her country life beginnings.

First on her retirement calendar is getting her tramping boots on again to walk two more of New Zealand's amazing tracks, this time in Otago.