Of course, this is when the items are not out in the community assisting patients in their homes, after they have been discharged from hospital.

“For patients, or usually their family members who collect equipment on behalf, it’s much easier to find than where we used to be. There’s also less traffic and great carparking right outside,” he said.

“Previously, it was located at the Whangārei Hospital campus, through a gate and away from the road, hidden behind another building, so it was quite difficult for people to find – even with directions provided.” 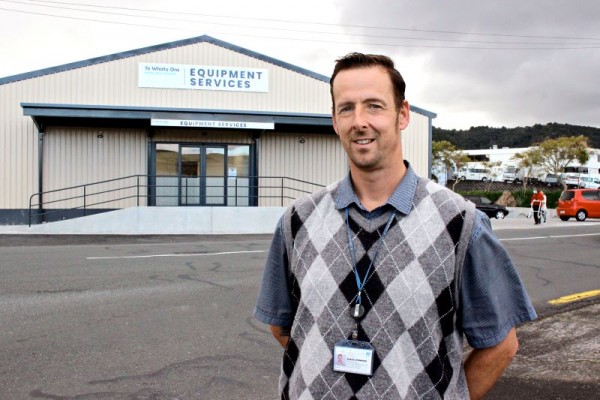 Shane said the new premises offer significantly more space, with the 433 square metres divided into bays, allowing the equipment to have their own dedicated compartment bays and making everything more organised.

“There’s still the challenge that many of the items are odd shapes such as over-toilet chairs and over-bed tables that are hard to stack, but the new space still allows them to be stored more efficiently.”

One of the bays is for equipment cleaning and a very-welcome acquisition is a Hubscrub, which Shane describes as “like a giant dishwasher” that can even fit wheelchairs.

“All equipment returned from the community goes into the Hubscrub which completely cleans, disinfects and decontaminates them.  It’s really effective.  Also, during the six-minute cleaning cycle we can be doing other work, whereas previously we were spending one to two hours at the end of each day hand-scrubbing each piece of returned equipment.”

The far end of the building has a garage door and vehicle ramp leading inside, allowing heavy items such as beds and hoists to be loaded and unloaded under cover.

“This has been great.  The old facility saw us having to carry or roll the equipment outside across uneven ground to load or unload, sometimes in the rain. This was for deliveries, which we do throughout the region,” Shane said.

Equipment Services works closely with hospital and community-based Allied Health teams, coordinating and providing equipment that enables them to ensure that patients have the right pieces of equipment to support their needs.

With well-over 3000 items on its database currently, popular items include crutches and strollers.

“We lend out hundreds of pairs of crutches every year and have over 100 strollers on loan.”

Shane said that unfortunately not all the equipment is returned, despite best efforts to retrieve them.

"We spend thousands of dollars every year on replacements. So, if anyone has piece of hospital equipment that’s not being used, we’d really appreciate it being returned, with no questions asked.”

This can be done by delivering it to Equipment Services at 10 Woods Road, Whangarei, between 8am and 5pm from Mondays to Fridays; otherwise by phoning 09 430 4101 ext. 7421 to arrange for it to be collected. 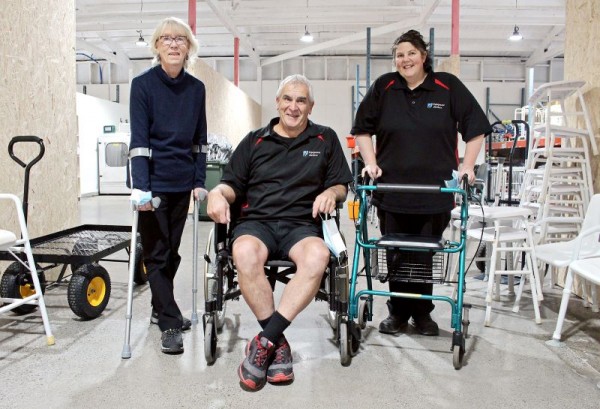