It truly felt like Christmas at Countdown Whangarei today when Northland DHB’s Child Health Services were handed a whopping $80,000 cheque from funds received during the 2019 Countdown Kids Hospital Appeal.

The nationwide goal for this year’s annual Appeal was to raise $1million. With the help of Countdown’s generous customers and fundraising efforts from local staff who poured hours of their own time into the quiz nights and events, they managed to top that, to reach $1.1 million.  All of which will go to children’s wards and hospitals throughout New Zealand.

The cheque presentation was bittersweet for Countdown Kaikohe store manager Ursula Reichel who led the Appeal in Northland. Ursula explained to the crowd that Countdown would no longer be holding the annual Appeal. Instead, next year, they will be partnering with KidsCan to raise $1 million towards making their Early Childhood Education (ECE) centre food programme a reality in more high-deprivation areas of New Zealand. This programme is the only one of its kind focused on feeding some of our smallest tamariki and has been piloted with Countdown in 25 community-based ECEs for the last year, including in Northland.

“There has been a lot of emotion behind the Appeal this year. Several of our children have been in Northland DHB’s care, and we appreciate the love and effort that goes into your services. So we applaud you.” said Ursula.

Countdown group manager Madison Taylor praised Ursula and the entire Countdown staff from Northland for making such a massive effort to raise so much money and said she couldn’t thank them enough.

The face of the Northland Appeal for 2019, four year old Zane Williams has had a busy few months. Including being featured in the paper, getting some special attention from the All Blacks when they visited the Child Health Centre before the World Cup and being part of the cheque presentation. Zane is one of five New Zealanders diagnosed with a rare genetic variant that affects how his brain works. Because of this, he was diagnosed with global developmental delay, intellectual impairment and autism.

He and his mother Nicole Alach have spent a lot of time at the Child Health Centre since his diagnosis, where Nicole now works as an administrator.

Nicole said it had been quite an experience for both of them, “This is such an impressive amount of money to have been raised. It’s been great for my now famous boy, who after meeting the All Blacks Zane now says rugby.”

To contribute to Countdown’s efforts, the Child Health Services team joined forces with Northland Community Foundation to organise the Countdown Kids Hospital Appeal Quiz Night which brought together 25 teams to raise $1500 for the Appeal.

When Northland DHB’s general manager Finance, Funding and Commercial Services Meng Chong thanked Countdown for the 12 years support they have given to Northland DHB, he noted that they had donated almost $1 million to children in our region. He said that although they are sad not to be partnering together next year, the fact that will be providing meals for children means they will also be working to preventing ill-health, and Northland DHB appreciate this direction.

Northland DHB Child Health services manager Yvonne Hunter and her team had drawn up a wish list before the Appeal. With the $80,000 they will be able to purchase new play equipment for the Whangarei Hospital Whānau House, a vein viewer, portable monitors, a breast milk fridge, wheelchair hoist scales, stadiometer, apnoea monitor, immunisation fridge and diapain numbing applicators. 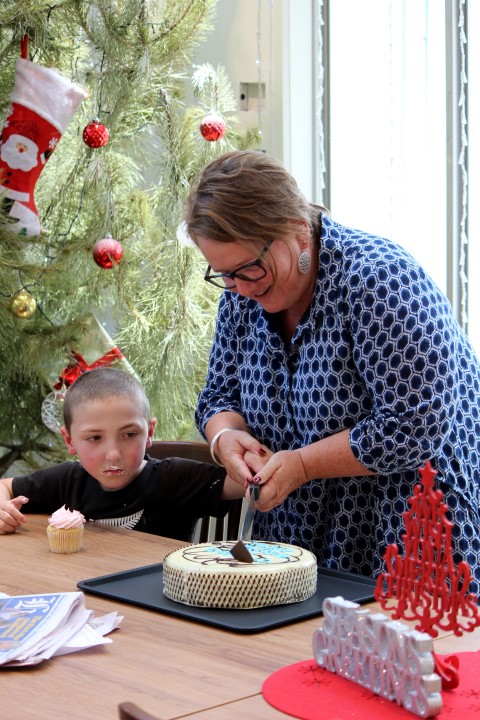