Several Northland DHB staff have made the impossible choice to separate themselves from their children during COVID-19 pandemic so they can care for patients in the community and at our hospitals. They now ask Northlanders to continue sticking to the rules as we transition into Alert 3 to ensure their sacrifices haven't been in vain.

Clinical nurse educator Michelle Cunningham knew before Lockdown began as a senior nurse she had no option to but to work through and that she would possibly be deployed to another department. All of which she was fully prepared to do despite being immune-compromised herself.

In anticipation, she and her ex-husband put plans in place to send their three boys to Michelle's parents so they could both work without compromising their children's health. They also took the boys out of school the weekend before Alert Level 4 was announced to reduce any risk to Michelle's father, who is also immune-compromised.

Since the boys have been at her parent's; Michelle has been living with the guilt of being away from them and putting the responsibility of their care on to her parents.

Her youngest son, in particular, is struggling and wants to come home, but the boys are aware of not upsetting her on the phone because they know she misses them.

As an avid long-distance walker, she has also had to sacrifice her regular 16 kilometre walks to take on extra shifts to educate and upskill junior staff and work on the Wards.

They also decided to keep the boys at her parents during Level 3 to ensure their bubble remains safe – meaning the separation has been extended for at least another two weeks.

Despite her tears some evenings when she's alone on the couch, Michelle said she is blessed to be working in health and having a job to go to.  She feels for essential workers in other fields who don't have such rigid plans in place to protect them.  Overall though, she is impressed with how everyone has pulled together and feels like people have become a bit kinder.

"At the end of the day, there's more to life than chasing every dollar - especially if you have bad health."

Ward 12 clinical nurse manager Catherine Morunga's world has also been turned upside down both professionally and personally during the pandemic.

Her Ward had to be converted from Adult medical patients into a paediatric area to allow for segregation of paediatric patients for isolation.  So all Ward 12 staff were redeployed into other areas of the hospital where they will remain for the duration of the pandemic.

Catherine explained that this means they are all working at different capacities which is a challenge. She is full of admiration for the way they have supported the Northland community with grace and flexibility.

Catherine has been working between Ward 14, the cardiac care unit and in the red zone on Ward 16.  She has also been supporting the medical nursing teams on weekends and often spends a day driving around dropping COVID swabs to rest homes.

She said the other Wards where her team have been deployed have welcomed and supported them, but she misses the daily contact with her ‘work family’.

Catherine and her husband Josh, who is also an essential worker, are also missing out on going home to their four year old son Peter every day after sending him to her sisters for Lockdown.

The couple said they didn't know what to expect with the pandemic and whether possible exposure to COVID-19 would put him at risk.   To protect him, her sister offered to take him into her bubble with her partner and her three children aged five, three years and 15months during Lockdown.

It has been a tough road for them all, especially Peter, who has found the change difficult.  They tried keeping in touch by chatting on video, but it was too upsetting for him.  So they have been sharing pictures via Snapchat, and Catherine said he seems to cope with that, which makes it easier for her and Josh to get through without him.

The couple has made the most of spending time together in their little bubble, and Catherine's has spent downtime reading and walking. Work has given her alternative days off to help maintain wellness and make up for altering her workdays and hours.

Catherine said she owes her sister a lot of babysitting favours and appreciates all the support she has had from family, colleagues and the patients and their families who are also dealing with being separated from each other.

Like most New Zealanders she would prefer not to go through another pandemic but says as a healthcare worker it is important to her to contribute to maintaining the health of others and do her part during stressful times like this. 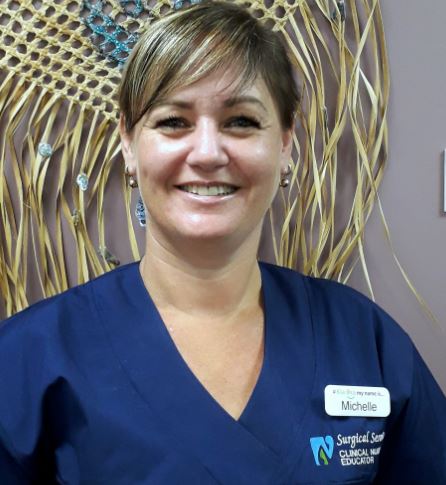