Eligible people, aged 60-74 years, will be sent an invitation to screen every two years. Invitations will arrive around the participant’s birthday, with half of Northlanders being invited in the first 12-months of the programme, and the other half in the year following.

Those eligible will receive a simple test in the mail which they complete at home and mail back for laboratory testing. If a test result is positive, they may be invited for a colonoscopy at Whangārei or Kaitaia Hospital to further investigate.

Dr Byron Theron, clinical lead for the programme says that a positive test does not necessarily mean that a person has bowel cancer, but often represents bleeding from polyps.

“Polyps detected during screening colonoscopies have the potential to develop into cancer. These polyps are often removed during the procedure. Therefore, the programme aims to prevent bowel cancer from developing in addition to detecting cancers,” he says.

Detecting any potential cancers in the early stages is key to a positive outcome.

Bowel Screening Programme manager Carolyn Jones says that bowel cancer is often curable if it is picked up in the early stages but chances decrease the longer it is left untreated.

“People who are diagnosed with bowel cancer, and receive treatment at an early stage, have a 90 percent chance of long-term survival compared to around a 10 percent chance if picked up late,” she says.

Screening is for people who are not experiencing any symptoms of bowel cancer. It is important that people of any age with concerns about their bowel health should seek medical advice without delay.

“It is important that they talk to their GP or Māori Health Provider if they have any symptoms,” Jones says.

Common signs and symptoms of bowel cancer may include a change in your normal pattern of going to the toilet that continues for several weeks, or blood in your bowel motion. Although these symptoms are often caused by other conditions, it is important to get them checked by your doctor.

A key focus of the programme will be reaching priority populations including Māori, Pacific, disabled, remote and rural participants. To reach these groups the team will be working with many community and health groups including Māori Health Providers, Pacific groups, general practices and community groups.

As part of the promotion for the arrival of bowel screening in Northland the team’s health promotion lead Stuart Selkirk will be bringing a large inflatable bowel to towns and events in the coming months.  This will stimulate conversations about the programme and bowel cancer in general and will be used as an educational tool.

To find out more about the National Bowel Screening Programme visit timetoscreen.nz, free phone 0800 924 432 or talk to your GP or Māori Health Provider. 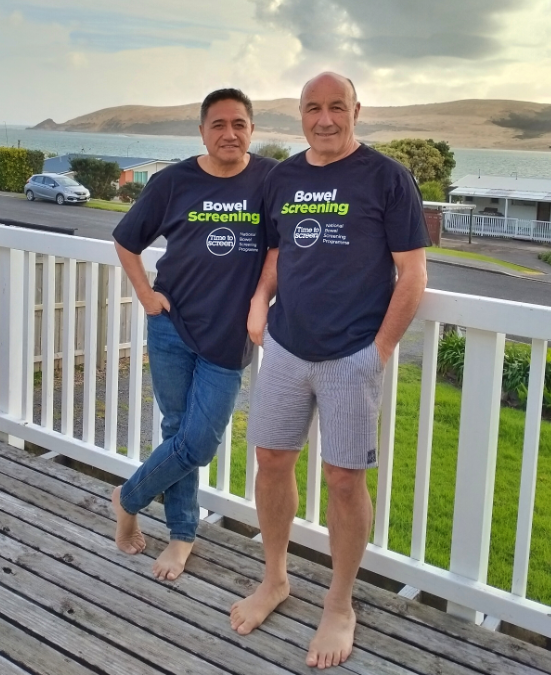